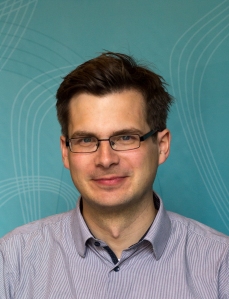 This is my personal website, where I collect my writings and other outputs. The website focuses on my research, but occasionally I also write on travel impressions, which may often be in German.

In September 2019, I joined the German Council on Foreign Relations (Deutsche Gesellschaft für Auswärtige Politik) as a Research Fellow, where I focus on conflict prevention and stabilisation in Africa.

I completed my PhD in Peace and Conflict Studies at the Department of War Studies at King’s College London. I worked on the role of embassies and UN country presences in preventing civil wars. I am also interested in UN security governance, such as peacekeeping, conflict management, sanctions, and everything related to Security Council politics. Regionally, I focus on India, Sri Lanka as well as South Sudan/East Africa and follow German, British and European foreign and security policy quite closely. You can find a short summary of my PhD project here.

I am also a non-resident fellow with the Global Public Policy Institute, an independent, Berlin-based think tank working on issues of global governance. Between October 2012 and August 2015, I worked full time for GPPi as research associate on norms of protection and intervention in a major international research project that brought together six partners from Brazil, China, India and across Europe. The project resulted mainly in the publication of two special issues of international journals, in each of which I co-authored three articles. Apart from the research project, I conducted field research on local conflict management by the UN peace operation in South Sudan, and co-authored a study on Obama’s foreign policy regarding atrocity prevention. In 2017, I organized a transatlantic civil society conference on atrocity prevention in Berlin, in cooperation with the United States Holocaust Memorial Museum. I have taught at the Command and Staff College of the German Armed Forces (Einsatzführungskommando) in Hamburg on civil affairs and protection of civilians in UN peace operations.

During my PhD, I was a member of the research school of the Peace Research Institute in Oslo (PRIO) and received a PhD scholarship from the Heinrich Böll Foundation as well as support from the Economic and Social Research Council of the UK. I am member of the editorial board of the journal Vereinte Nationen (United Nations), for which I drafted a mission statement. Between 2011 and 2017, I coordinated a group of young researchers on UN affairs, now based at the German Association of the United Nations (DGVN), organizing an annual research colloquium and other events.

I have a Master in International Relations from the joint programme of the Freie Universität Berlin, Humboldt Universität Berlin, and Universität Potsdam. In my undergraduate, I studied “governance and public policy” (mainly political science, economics, and some public law) at the University of Passau, and spent one academic year at the Institut d’Études Politiques in Grenoble/France.

I am always happy about feedback, suggestions for collaboration or inquiries about consultancies. You can contact me here.

This site uses Akismet to reduce spam. Learn how your comment data is processed.